Family values and tradition are also very important to Mexicans.


Located in South America, Mexico has always attracted tourists from the most remote corners of the world. This extraordinary country tempts with its unique monuments, heavenly beaches and amazing culture. It is mainly inhabited by mestizos and Indians of the Roman Catholic faith. Here you can communicate in Spanish. This is the official language of Mexico, but some Indian languages are still spoken, especially Nahuatl. When you travel to Mexico, make sure you have enough pesos, the Mexican currency, which is divided into 100 cents, in your wallet. 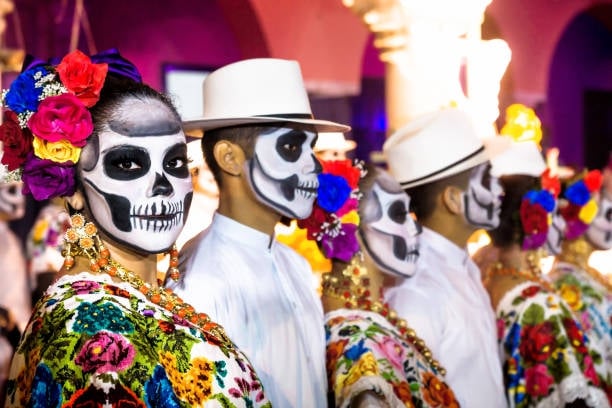 Culture and customs of Mexico
Mexican culture is extremely diverse. This is due both to the existence of many ethnic groups and to socio-economic divisions. Cultural diversity is especially ingrained in the population of the provinces. There is a strong attachment to the small local homelands. That is why we can find here a large number of Indian languages and customs that have survived until today. The pride of the heritage of the ancient Indian cultures is present in Mexican art.

Family values and tradition are also very important for Mexicans. Women, although they make up a large part of Mexico's workforce, often choose to stay at home and look after the children and the farm. Mexicans are also attached to sports, which can bring them together in a surprising way. The most popular sport is, of course, football. However, Mexicans also enjoy watching the traditional bullfights, boxing and car races. 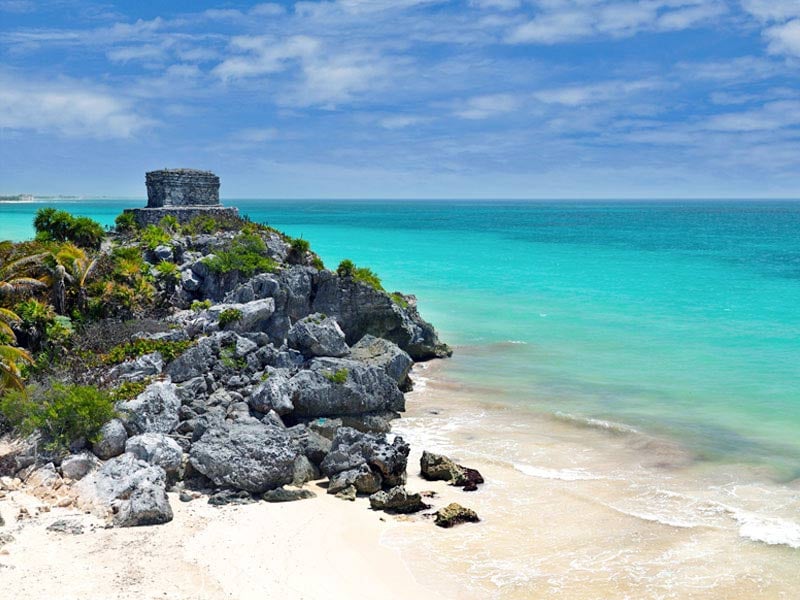 Mexican cuisine
Multiculturalism has also influenced Mexican cuisine. It is therefore very varied. From the Mayan and Aztec cultures come dishes made from beans, corn, chilies, turkey, fish and game. Mexican cuisine is dominated by spices. Of course, chilli is the main spice. Without this spice it is difficult to imagine Mexican dishes. Grilled meat served in traditional tortillas, corn soup, ceriche, raw fish marinated in lime juice and bizoches (breads and biscuits) are also popular. Mexico is also home to many world-famous drinks, such as tequila and mezcal.

Travel to Mexico
There are no direct flights from Poland to Mexico. You will have to change planes at one of the European or American airports. Mexico can only be reached by land from the USA, Belize and Guatemala. Travellers who want to travel to Mexico by train should bear in mind that the train from the USA will only reach one of the American cities bordering Mexico. Travel further on the Mexican railway. The same applies to most buses that take you from the US to one of the border towns. 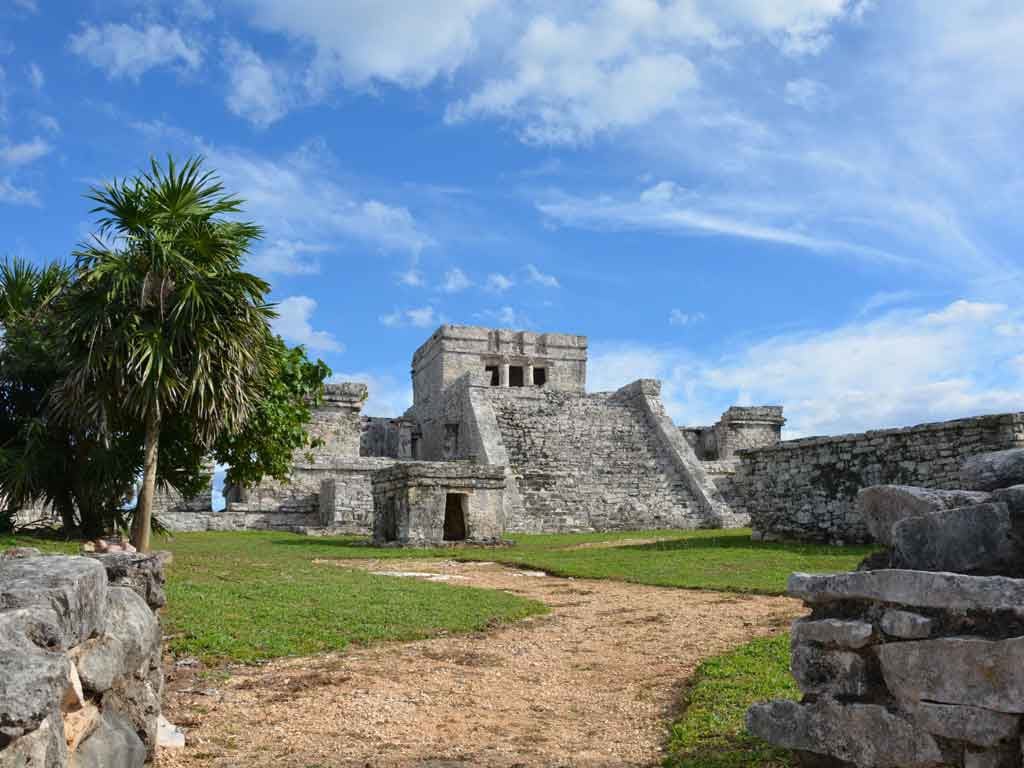 History
Mexico was one of the most important centres of Mesoamerican culture during the pre-Columbian period. The first culture to have a strong influence on the later Mayan and Aztec civilisations was the Olmec culture (2nd century BC).

Olmec left a legacy of the Indian calendar, hieroglyphic writing and magnificent head sculptures. A specific mark was also left by the following cultures of the area such as the Zapotec and Mistec cultures. At the end of the 12th and 13th centuries AD the Toltec kingdom collapsed as a result of internal fighting and invasions by the warring tribes of Chichimek. The bravest of these was the Aztec tribe.

In the 15th century they conquered the neighbouring territories, and at the beginning of the 16th century almost all of Mexico. The Aztecs created a great empire with their capital in Tenochtitlan. The southern and southeastern parts of Mexico were occupied by another great civilisation, the Mayas.

In 1519 the Spanish conquerors arrived in Mexico and under the command of Hernán Cortés they conquered and destroyed the Aztec empire between 1519 and 1521. Mexico became a Spanish colony, known as the Viceroyalty of New Spain from 1535. Spanish rule in Mexico lasted three centuries, often ruthlessly. 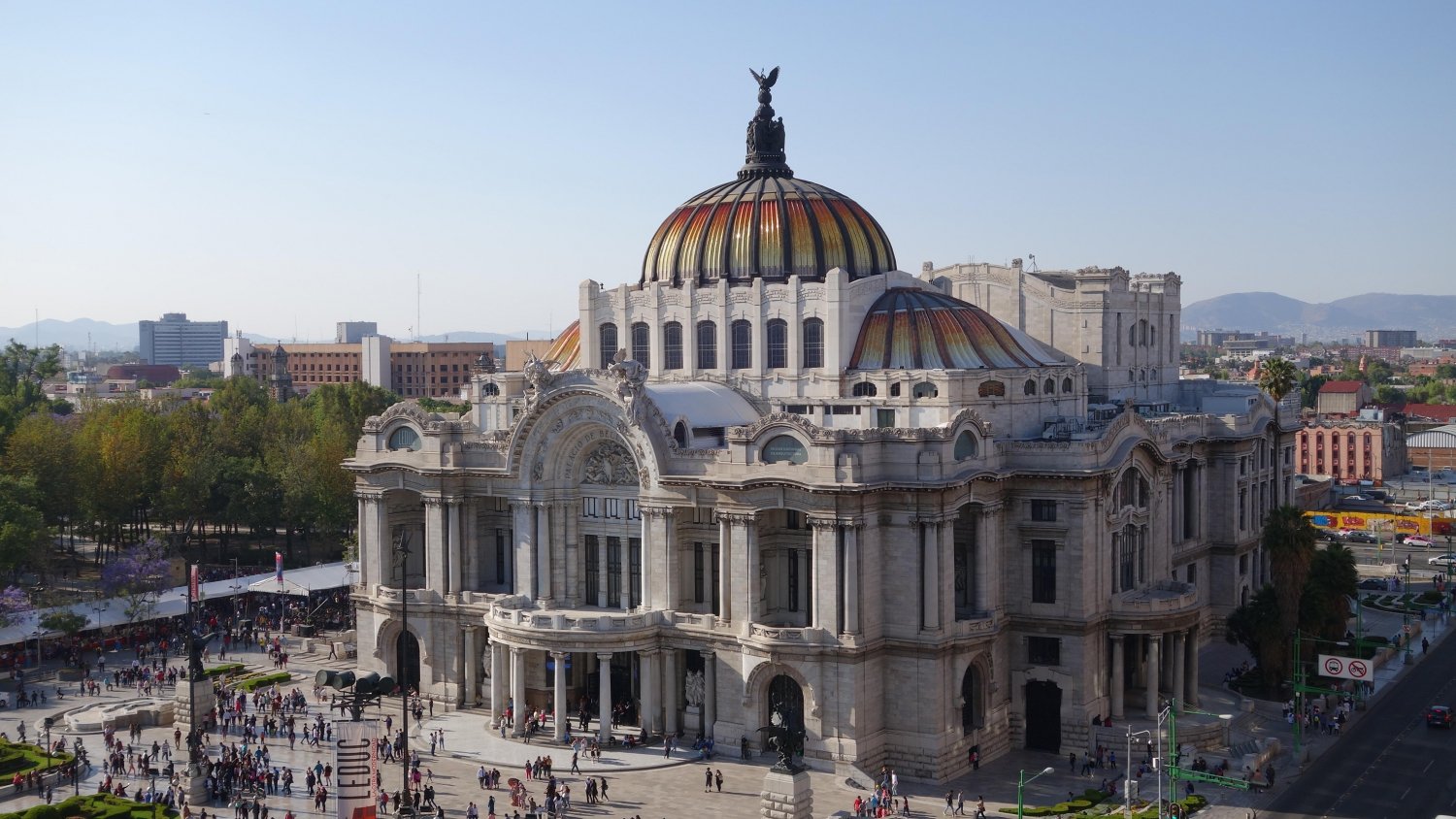 In the 16th century, Spanish colonists began to arrive in Mexico, whose descendants, the Creoles, played a decisive role in the political and economic life of the colony. Initially, the main objective of the Spanish was the intensive exploitation of the colony. The Indians were used as slaves and subjected to forced Christianisation. Cruel treatment by the colonisers and European diseases caused the Indian population to decline almost six-fold in just one century.

In 1821 Mexico gained independence and declared itself a republic, and in 1824 it adopted a federal constitution. In 1845, the United States annexed the territory of Texas.

This led to the Mexican-American War, which ended in 1848 with the Treaty of Guadalupe-Hidalgo, by which Mexico lost, along with Texas, its remaining territories north of the Rio Bravo del Norte. The introduction of a liberal constitution in 1857 led to a civil war. In 1910 the dictator Porfirio Díaz was overthrown, which triggered the Mexican Revolution (1910-17), based on the peasant movement.