Filter Things To Do by Type

Izamal is a small city but big on history, it has been named “Pueblo Mágico” (magic town), a distinction that a few other places in Mexico have. But, ¿what is it so interesting about this place?

As we said, Izamal is a place full of history; the city was once inhabited by a Pre-Columbian Mayan civilization. Izamal, which is Mayan for “Dew of Heaven” is also known as the city of the 5 hills, as there are 5 important Mayan pyramids within its territory. Izamal is also known by other names like “The City of the 3 cultures” for its vigorous cultural heritage of the pre-Hispanic era, the colonial era, and the Mexican contemporary era.

The city receives many local and foreign visitors, especially on weekends. As a small city, you can see most of it on a single visit, most travelers take a day trip to visit this city.

If you really want to get to know everything in Izamal, you can stay for a day or two. There are a few boutiques and budget hotels that offer a fair price and a good place to sleep. Izamal is also famous among locals for its traditional food dishes. There are many Yucatecan Cuisine restaurants with delicious dishes mainly made of chicken, turkey, fish, and beef.

There is a cheaper meal option; you can visit the market, located in front of the main square, where you can find the same delicious food for a cheaper price.

Izamal’s architecture is very distinctive and full of history. The first thing you’ll notice when entering the town is that all buildings are yellow! The reasons why everything all buildings are yellow is not that clear, however many locals state that it was to commemorate the visit of Pope Juan Pablo II in 1993. Whatever the reasons are, the yellow reflects the warmth of their people and the joy of the city.

That takes us to one of the most emblematic places of Izamal, the Franciscan Convent “San Francisco de Padua” that was built on top of a Mayan Pyramid platform. This sacred place is one of the biggest in Mexico due to its extensive conventual atrium is the largest of the Christian culture.

Today, the Franciscan convent is the city’s main touristic attraction and a veneration point for Catholics. The Virgin of the Immaculate Conception of Our Lady of Izamal is particularly venerated by Catholics. Izamal remains to this day a place of pilgrimage within Yucatan.
According to the census made in 2005, Izamal has 25,000 inhabitants. The two main languages spoken in Izamal are Spanish and Mayan but don’t worry if you can’t speak the language, locals are used to visitors, and with a little patience, they can point you in the right direction.

If you are in the Yucatan Peninsula don’t miss out on the opportunity to visit this Magic Town, full of history and culture. It is a safe and beautiful city to walk around and merge with the locals. 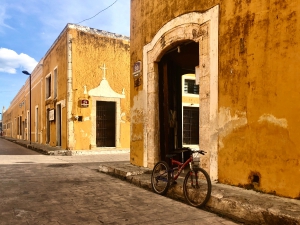 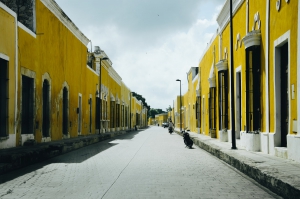 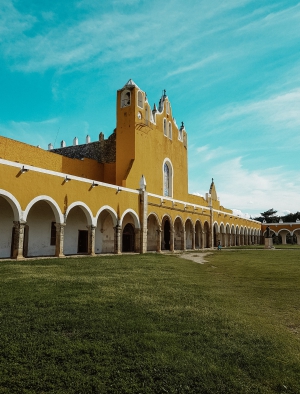 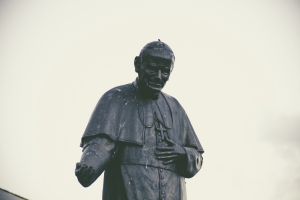 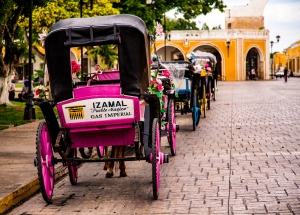